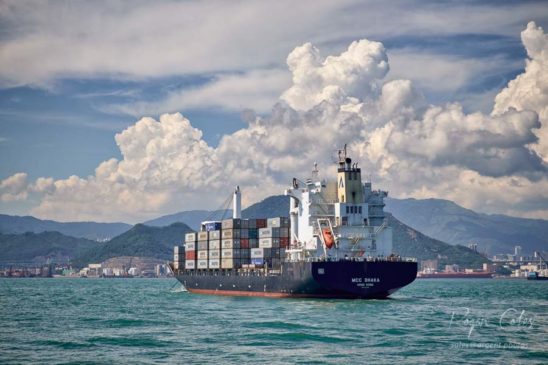 Prints of this particular image have been featured in several exhibitions just recently.

The client who bought a 16 x 20 inch print of this image said the picture was “love at first sight”. He added that the, “Ship reminded me of a ghost ship or the whaling ship of Moby Dick”. In a later conversation, he went on to say that he found the picture quite evocative, that it had a certain peace about it, the solidness of the ship against the heavy clouds swirling in the sky and the churning waters in the foreground. The print sold for HK$3,500 – about US$450.

The making of this image was fairly elementary, in the sense that it was there waiting to happen. At round the time of taking this image, I was commuting fairly frequently between Discovery Bay and Hong Kong.

The 25 minute ride is usually a pleasant and even more so, if you get on to the right ferry. Of the regular Discovery Bay ferry fleet, there is one boat which has access to open area on the upper deck. On this eventuality, I would always to take the opportunity to do some photography from this deck. There were scenes and views, ships and the seas as well as the Hong Kong skyline coming into view on such trips. Some days were sludge – as in overcast, grey skies and raining. Other days, especially in the early mornings and when the views were clear, the vista and scenes were often quite spectacular.

Contrary to my usual early morning trips into town, this particular image was taken mid-afternoon and on a return trip back to Discovery Bay. As the ship came into view I took several images – based on the fact that one never knows. Not as in what to do with the images, this doesn’t matter. More a matter of how things may work out when on something that is moving. And, as such, you keep on shooting until the moment has passed.

Of the views of this particular vessel, this as the better one, catching the ship three quarters on. That side panel of the bridge superstructure catching the full afternoon sun somehow stands in virulent contrast the clouds above – if one can have any contrast between while and white? But, the smooth white of the steel against the billowing effects of those clouds says something else.

There is also that verticality again the horizontal banding evident in the rest of the image – the sea, the hills in the background and the sky above. Did I see all this when I was taking these pictures? No, not really. My efforts were in keeping a steady hand on a rolling ship and keeping that vessel in the centre of the view finder. Yes, I was aware of some of the compositional elements as we passed by. But, with all this going on, there wasn’t a “Yes” moment then and there. It was only after looking at the take later that this one image stood out. In running the image through my digital image prep processes, the image turned out to be a lot stronger than I had ever anticipated while making it.

Often, my photography is like that. In relaxing and letting the moment take me, this is when I get to make my better and strongest images. This while on the road that is. In this case, on the aft deck of a ferry heading back to Discovery Bay.

FEATURED WORK: Rogan’s work is featured on the following websites:

You can find out more about Rogan and why he does what he does here on his ‘Artist’s Statement’ page.

ASSOCIATED WEBSITES – More of Rogan’s work can be found at these websites: 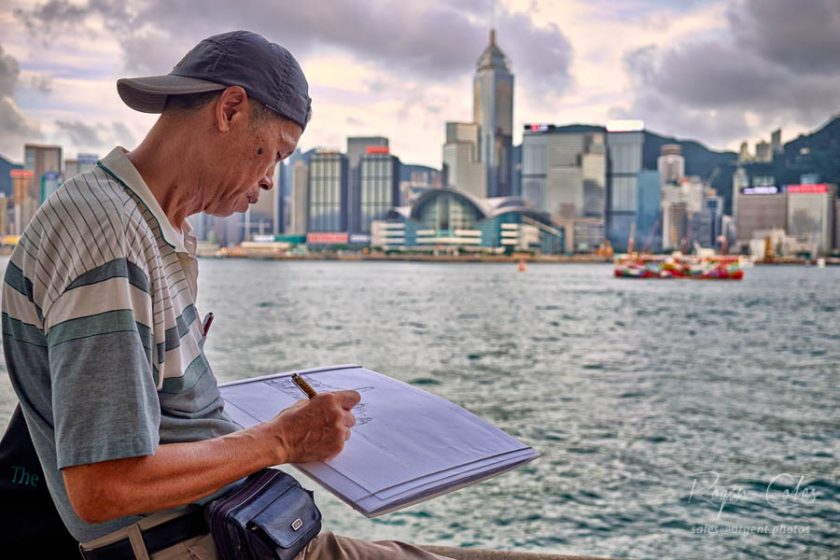 HONG KONG - JUNE 06: An artist works on his sketches of Hong Kong's skyline from the Tsim Sha Tsui promenade... 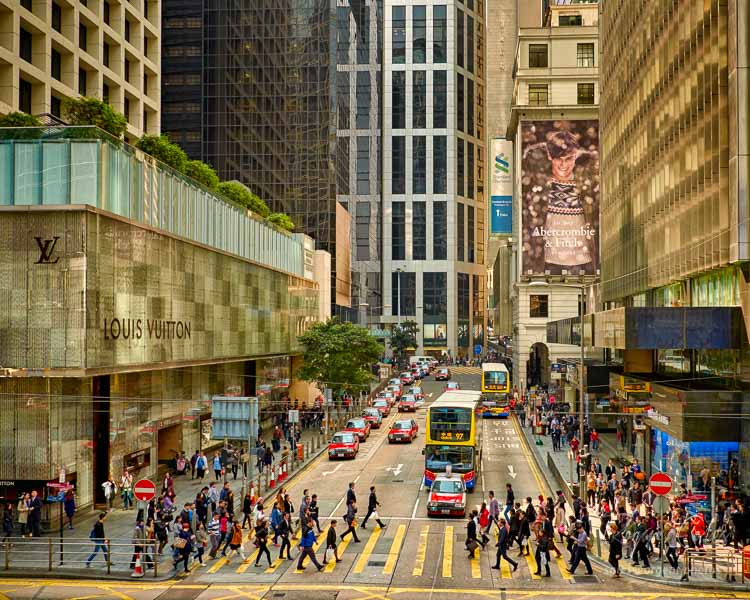